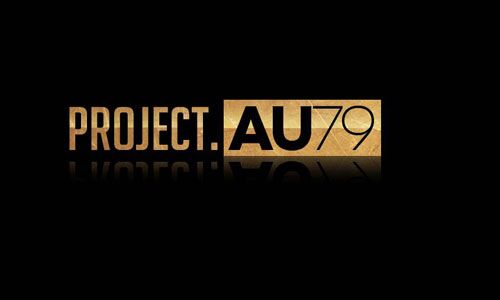 Since launching the Sharpie car, Prestige Imports introduced a new exotic from the Lamborghini family and now undeniably one of its kind, the AU79 Lamborghini Aventador or also known as ProjectAU79.

With a powerful V12 engine the Lamborghini Aventador reaches speeds of 217 mph, given the subsequent advent of the 700 horse powered engine. The exaggerated lines alone give the car style that Lamborghini is known for, the gold adds a majestic allure that has eyes gravitating to the radiance of this exquisite automobile. For an average car to be wrapped it normally takes 20 to 30 hours. However this is clearly not the average job. The gold you see is a special foil exclusively designed for Prestige Imports. Between the vehicle disassembly and the final reassembly, this vehicle was transformed from white to the now AU79 which took 70 intense days. AU79 was meticulously completed by the team at Auto SuperSheild in Boca Raton, FL.

Inspiration for the AU79 project came from gold which is one of the most valued elements in the market today. Taking the name AU79 from the periodic table name for gold was an uncompromising fit. As the gold and the Lamborghini combine, you have a true piece of performing art which then becomes a harmonic synergy. Project AU79 has been open to ambitious artists utilizing what is now described as the social experiment. Word of this project has spread world wide, presenting an opportunity for these artist’s such as photographers, models, stylists, videographers and many more to use the AU79 as their subject creating their own perspective, making the AU79 able to integrate into any scenario. AU79 has created attention to a list of outlets including, publications, blogs, social media, and various artists such as Kayne West, the world famous, Hype Williams and Kim Kardashian.

Project AU79 has had enormous amounts of exposure during its reign, including receiving the 2012 People’s Choice Award at the Miami International Auto Show, appearing at the International Fort Lauderdale boat show, Festival’s of Speed and many other events. Before taking The People’s Choice award, AU79 impacted the media and various publications including the internationally known magazine, Dupont Registry which made AU79 the August 2012 cover and making world wide news on CNBC. Our projects are not only inspiring but revolutionizing more than just the exotic car industry.

Throughout the project, owner Brett David was always thinking beyond the doors of effortless marketing. Circling around the car is a short scripted film that has the exotic driving all around Dade County, including the Port of Miami, the infamous Aventura mall and many more. This short film has now created what is called a true piece of art in motion and the first of many short films that feature Project AU79, a fully customized Lamborghini Aventador LP-700 done by Prestige Imports/Lamborghini Miami. High hopes were made with the creation of Project AU79 and foreseeing the car would become its own character allowing world wide photographers and filmmakers to position the car in their camera lens. Hopes turned into reality and made more of an impact to the world leaving AU79 became an even bigger sensation than the project had ever intended. Making this just the start of many more to come.

At Prestige Imports Lamborghini Miami we are always thinking of the next cutting edge project and go beyond expectations that will set off the industry. The short film represents a creative way to present the car in a cutting edge and innovative way brought to you by the recent collaboration between Prestige Imports and Compact Studios, Cinamotive. Making an impact in a creative way is what makes Prestige Imports stay one step a head of the rest and keep true to our name. Visit the official AU79 website where you will be able to track the AU79 whereabouts along with artist's recent work (www.au79aventador.com) and take this opportunity to see our vision of what Project AU79 is all about.